When I was a university student I always wanted to keep studying. Unfortunately I never had the money to do that. In fact I could barely pay my university fees of the ‘credito universitario’ I had received to get my first university degree. In addition, in those days (a long time ago) getting a scholarship was a matter of having strings to pull or not. If you were just a nobody with no influential friends, your chances were pretty much reduced to zero. My dream was to do a Master in English literature, ever since I can recall, literature was a fascinating subject for me. Having an excellent literature teacher at university made me wanted it even more. I could see myself at Oxford university giving a lecture on some famous writers or books. It probably doesn’t feel interesting for most people but for me, it is totally captivating. My plan was to teach in both Chile and England and probably do some courses in the States……..

Write about a postgraduate course that you would consider taking in the future.
Include: 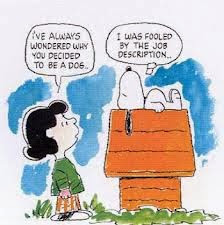 I'm pretty sure I have the job I wanted when I was studying at university. I always wanted to teach in a university, because I thought (and still do) that I needed something that was a challenge for me. There are certain people who like the comfortable zone, I'm not that kind of person. I don't mean I like to live in danger or stressed all the time, what I mean is that to teach in a university, you have to keep improving your methods of teaching, increasing your vocabulary, finding better ways to explain your students some grammar point and plenty of other things that help you working to become a better professional. Besides I would really die of boredom if I had to stay in an office all the time. Moreover, considering my little bit of autistic nature, the best thing I can do is to force myself to interact with people and I couldn't imagine a better way than sharing my knowledge with others.........

- What kind of job would you like to have? How do you imagine it?


- Would you like to travel a lot in your job?


- What major are you studying / are you thinking of taking? Explain Why.


- Add any other related ideas 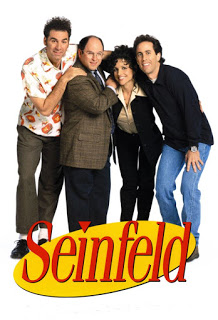 I don’t really watch TV that much. I have never had the patience to watch a TV series or a soap opera every day or week, but during the 90’s I got addicted to an American sit-com called Seinfeld. What made me watch this sit-com was that it was different from anything I had watched on TV before. To begin with, the show was about nothing or about any stupid circumstance that happens on a day. The characters were four friends. The main character was Seinfeld who played himself as a minor celeb stand-up comedian, George Costanza who was Seinfeld’s best friend, Elaine Benes who was Seinfeld’s former girlfriend and later close friend, and Cosmo Kramer who was Seinfeld’s, across the hall, neighbor, and a series of acquaintances and Seinfeld’s relatives who appeared on the show from time to time. 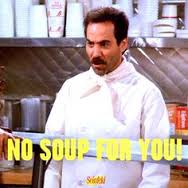 Each episode was a complete nonsense, a trivial thing which was wittily told. The scripts were really hilarious and original, as for example, there was one episode about Seinfeld’s girlfriend having man hands, another one was about Kramer having a hot tub in his apartment and one of my favorite ones which was about the nazi soup. In this episode an Argentinian cook opened a shop where he sold extremely delicious soups. The problem was that whoever wanted to buy a bowl of soup had to follow a very strict protocol. Seinfeld and his friends were banned from the shop because they broke the protocol and they tried to do whatever possible to get a bowl of soup. The situation was really absurd and extremely hilarious……….


- What your favorite TV program is


- Who the characters are


- Which your favorite episode is


Don't forget to make comments on 3 of your classmates' posts 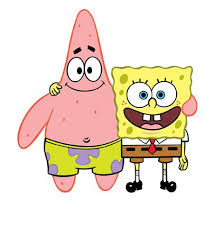 I think there is a very shallow use of the word friend. For me, for example, it is a big thing considering someone my friend, and probably that’s why I usually say I have very few friends. One of them is a friend I met when I was studying at the university. Her name is Yanet. She is some years older than me and she is very wise. She is also an English teacher and we graduated the same year. She has been married to ‘her flaco’ for many years. She’s got three sons, now grown up young men. We have been friends for many years and even though we don’t see each other very often, because we live in different cities, we always try to keep in touch and see what’s going on in each other’s lives. I really appreciate her friendship. She is a really good person and I feel lucky that I have got to meet her. This is the kind of person that makes you think that there is still hope for kindness in this world…….

Now it’s your turn. Write about your best friend.


-Who your best friend is


-Where and when you met him/her


-How long you have been friends


-Why you consider him/her your best friend


-What the best memory you have with him/her is 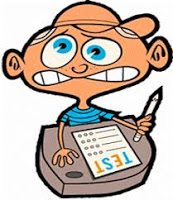 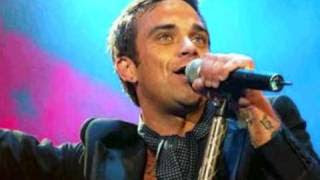 What can I say? Every time someone asks me about the concerts I’ve seen, I can’t help remembering Robbie Williams’ concert in October 2006. It was held at Estadio Nacional. The funny thing is that I don’t know much about Robbie Williams…….well he’s British….and he was a member of a very famous boy band called ‘Take that’ during the 90’s. I wasn’t a 'Take that' fan then, but when Robbie Williams started to sing solo, I thought, ‘hey…., that’s nice’. I’ve always liked pop music, so probably that’s why I began to enjoy Mr. Williams’ music. I went to his concert with a group of work mates and we had a blast. The guy was a real entertainer. He even had the lyrics of one of his songs displayed on a big screen, so that people, who didn’t know his songs, could sing along. That was thoughtful. But I didn’t need lyrics on a screen to sing along. My friend Consuelo and me had prepared a repertoire of songs we wanted to sing along with our beloved pop star, and so we did. We sang at the top of our lungs. That is a good memory, mostly because my friend Consuelo passed away in 2010 due to a severe cancer. Now, every time I hear on the radio a Robbie Williams’ song I remember my friend Consuelo and the good time we had that day.

What about you? Is there any concert you can talk about?
- What was it?
- When did you go?
- Where was it?
- Why did you like it?
- Mention more details about it
- Publish a related picture or video


- make 3 comments on your classmates’ posts.
Posted by rosa zagal at 12:10 PM No comments: 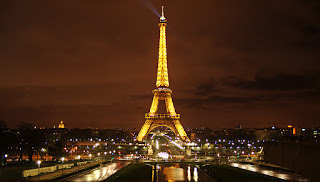 Oooh, l'amour.......Well, love is not what makes me want to go to France, but the feeling I lived there before, probably in a previous life (hahaha). The thing is that I have always had the desire to visit this country. I like the language (oui, oui), the literature, the architecture, the countryside. In other words I like everything about France and that's probably for no particular reason. It's just a hunch, something tells me that that's a place I should visit.......


Now, write your own ideas, keeping in mind the following points.


- Which country would you like to go to? Why?


- Make comments on 3 of your classmates’ posts.